The importance of its STEM education strategy has been highlighted by RS Components (RS) in its Impact Report 2018. RS launched the initiative in December 2017 to raise awareness and demonstrate the company’s commitment to inspiring the next generation of engineers.

35,000 under-18s boarded the RS Titan II truck in 2018, engaging with the many technologies showcased on the truck including 3D printing, virtual and augmented reality, robotics and Raspberry Pi. This figure was achieved through Titan II’s presence at events including the national Big Bang and an event at King’s Cross in collaboration with the government’s Year of Engineering campaign.

47,000 young people engaged with RS and its educational partners throughout 2018, both through events involving Titan II, and other partner projects including the Rube Goldberg machine build with Kids Invent Stuff, a #GirlsWithDrills interactive workshop and RS’ support of Ambionics – a business creating customisable limbs for toddlers and young children.

James Howarth, RS Head of Education Strategy EMEA, commented: “We are in the midst of a global skills crisis: according to a recent report published by Dell Technologies, 85% of the jobs that will exist in 2030 haven’t even been invented yet. Furthermore, it has been estimated by EngineeringUK that by the year 2024, the UK will need 186,000 skilled engineers annually to keep up.

“This is why RS Components is committed to inspiring the next generation of engineers through a programme of dedicated activities, particularly females who have previously been deterred by out-of-date perceptions of a career in engineering. Education professionals must be assisted with support, resources and skills to help them deliver meaningful STEM activities which can link STEM subjects with the wide variety of roles that will be available in the future”, he added.

RS reports that there has been a momentum shift with an increased focus on STEM, and there are improving perceptions surrounding engineering, including the fact that 51% of 11-16 year-olds would now consider a career in engineering, 96% of teachers would recommend it as a career option to their pupils, and the 2015/2016 academic year saw a 5% growth in engineering student applications at Higher Education level. 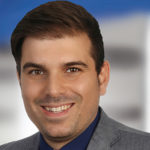