RS Components (RS), a trading brand of Electrocomponents plc (LSE: ECM), a global omni-channel solutions partner for industrial customers and suppliers, has been shortlisted in the 13th annual Shorty Awards for its micro-influencer strategy around the RadioGlobe project.

By teaming up with creative technologist Jude Pullen, who has featured on the BBC’s Big Life Fix and Channel 4’s Great British Inventions with David Jason, RS developed a community electronics project that could be worked on remotely by members of its DesignSpark engineering community and beyond during lockdown.

The end result was a 3D printed globe with a screenless interface that is powered by a Raspberry Pi and Bourns rotary encoders. It can play over 2000 web radio stations from around the world and has not only been re-created by engineers in three different continents but has also reached viral fame on TikTok and Reddit.

Robbie Dunion, Senior Marketing Manager for Social Media at RS, said: “We are extremely proud to have been nominated for this prestigious award. We pride ourselves on doing things differently and creating memorable experiences for our customers and followers on social media.

“Jude has such a great reputation amongst our target audiences, and he has bought into this project fully from day one. His skills and credibility have helped to elevate RadioGlobe to a level that brands in our industry are often unable to achieve. He really understands the importance of social media and has helped us to reach wider, but ultra-relevant audiences.”

The Shorty Awards were the first awards to honour social media, and by constantly evolving along with the medium, The Shortys remains the most prominent award show of its kind, engaging an online audience of millions and culminating in a blockbuster ceremony in New York City.

Millions of people participate in The Shortys to recognise individuals and organisations producing great content on Twitter, Facebook, YouTube, Instagram, Twitch, TikTok, Snapchat, and the rest of the social web. Winners are chosen through a combination of votes from the public and scores given by the Real Time Academy. 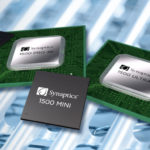 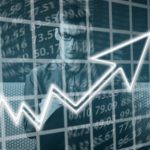 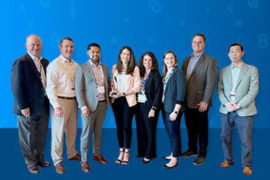 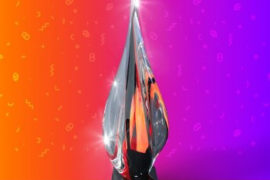