Avnet has reported first-quarter sales up 9% year on year to $5.09bn. Premier Farnell contributed a healthy 7% year on year sales lift in Q1. Talking to analysts in a conference call hosted by seekingalpha.com, Avnet CEO Bill Amelio (pictured) cited a strong performance across many areas.

“Vertical markets such as industrial, transportation, defence and aerospace and healthcare were healthy and performed well. In addition, interconnect, passives and electromechanicals or IP&E revenues were robust across all regions. Momentum in emerging technologies, within IoT as well as blockchain applications, are showing strong pipeline performance, setting the stage for future growth,” said Amelio.

Regionally Asia/Pacific was the star turn, as revenues grew 18% year on year reaching $21.bn. The Americas chipped in 7% growth. Growth in EMEA was just 1%. Amelio pointed to outstanding growth a year ago which made comparatives more challenging.

“This acquisition has been exceptional for us, not only in terms of financial performance, but also in terms of creating a truly unique end-to-end service model,” he told analysts.

“As I stated before, Avnet can now take a customer idea, turn it into a product and then scale that product to market. Premier Farnell also expanded its supplier relationships this quarter by also adding five new suppliers through their line card. These new additions cover key technologies such as connectors, networking, lighting and single board computers. In IoT, we grew our customer base this quarter by 15% and our revenue pipeline expanded by 30%.” 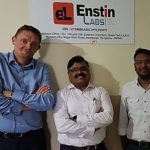 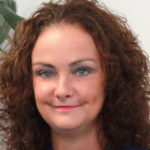