2017 was a record-breaking year for the German component distribution, measured in terms of turnover. In the fourth quarter sales grew by 12% to 845m Euros. Although this is 10% less than in the third quarter, it is still a good performance. Considering the very stable order situation – plus 14% to 976m million Euros and a book-to-bill rate of 1.16 – the first quarter of 2018 could remain positive.

For the full year of 2017 companies registered with the Fachverband Bauelemente Distribution (FBDi) in Germany reported a sales plus of 12% to 3.6bn Euros and incoming orders of 3.91bn Euros – a record result. Apart from shortage and price increases 2017 was further affected by fluctuations in exchange rates (Dollar/Euro), which nearly compensated across all quarters.

Concerning the different component types they show differing trends: Whereas semiconductors grew by 11.4% to 2.41bn Euros, the sales of passive components grew more slowly by 10.3% to 488bn Euros, and the sales of electromechanics rose by 25.5% to 377m Euros.

Furthermore power supplies grew strongly by 15.8% to 98m Euros, whereas remaining components did not fulfill expectations. The breakdown of distribution turn-over remained nearly unchanged: semiconductors 69.8%, passive components 13.6%, electromechanics 10.5%, power supplies 2.7%, and all others together 3.4%.

FBDi Chairman of the board, Georg Steinberger, commented: “Under normal circumstances a book-to-bill rate of 1.16 for the year would indicate a solid growth in 2018. But, as some customers postpone or cancel their orders depending on shortage and availability, there is a possibility for a small disillusion throughout the year. FBDi expects a solid but not ground-breaking year 2018.” 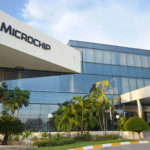 Microchip In Talks To Buy Microsemi 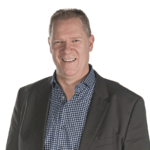