Adam Fletcher has joined the Electronic Components Industry Association to represent the needs of its members in Europe.

In addition to promoting ECIA values around the authorised distribution channel, he will investigate market needs and how the association, with its unique charter, can add value to the existing eco-system of industry associations.
“We are pleased to have Adam on board to support our efforts in Europe,” says Bill Bradford, ECIA President and CEO. “He is an established business leader with deep exposure to international business processes and a proven track record of managing large multi-disciplined teams. His experience and relationships with the many members of the European electronics community will be a big benefit to ECIA, as we work to established global standards and practices, in partnership with the other European organisations.”
Fletcher, a veteran of the electronic components industry, has numerous qualifications in Business and Finance including an MBA from Aston Business School. His industry experience includes stints at Raytheon Systems, Eurotherm Group and MEMEC.
Appointed Chairman of the Association of Franchised Distributors of Electronic Components (afdec) in 2005 Fletcher led the organisation’s transition to support electronic components ‘from cradle to grave and then re-birth’ within the Electronic Components Supply Network (ecsn). Fletcher was subsequently appointed Chairman of the International Distribution of Electronics Association (IDEA) in 2011 and supported the formation of the Russian and Chinese electronic components industry associations.

Fletcher has confirmed he remains in his role as chair of ecsn.

“Absolutely, the roles are complementary and are linked to my role as Chairman (appointed in 2011) of the International Distribution of Electronics Association (IDEA),” Fletcher told Disti Blog.  “The aim of my appointment to support ECIA in EMEA is to be complementary to both the existing local industry associations and IDEA. ECIA based in the USA is one of the larger industry associations in terms of the number of member organisations represented and is able to deploy its resources to help the development and promotion of the international electronic components markets,” Fletcher commented.

“ECIA represents many of the largest manufacturers and authorised distributors of electronic components who are headquartered in the US but also has members who currently serve their domestic market and are looking to expand internationally, these organisations need to ensure that they understand what’s happening in regional markets and how they can position their organisations to benefit from these changes and geographic expansion,” he added.

Neither are there any plans for ecsn to merge with ECIA.

“That’s not planned and I think its’s fairly unlikely as there would be little benefit to either organisation,” said Flecther.  The current structure of multiple local associations loosely coordinated internationally by IDEA maintains control locally whilst providing a collaborative structure where resources can be “pooled” with knowledge shared and collective actions agreed. It probably actually strengthens the role of the local industry associations in Europe, I hope to be able to demonstrate the value of local country membership to ECIA members of engaging across Europe.” 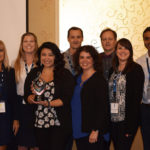 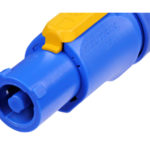