The European semiconductor industry just reported the third quarter in a row of more than 2bn Euro.  According to DMASS, semiconductor sales in Q3 2017 as reported by its members  were 2.16bn Euro, an increase of 19% over the corresponding quarter last year. The first nine months have seen  DMASS report growth of 15.6% to 6.48bn Euro.

Georg Steinberger, chairman of DMASS comments: “The success story, at least on the sales side, continues. It seems that at least in 2017 the dynamics of growth across the board are unbroken. We are certainly in for a record year already. Newer designs in fields like IoT or e-mobility will see higher components content, so the future looks rather positive from a sales and volume perspective.”

Observes Steinberger: “We do not see big changes in the regional trends compared to previous quarters, except for the fact that Germany seems to bounce back nicely, after a slower start into the year than other areas in Europe”

On the product side, growth continues to happen in all product segments. Other Logic (application-specific), Power-Discretes, Memories, Discrete Components, and Optoelectronics grew above average, Analog and MOS Micro average and Programmable Logic, Standard Logic and Sensors below average.

Said Steinberger: “This quarter again saw strong sales in memory and logic products in general, application specific logic and DRAM particularly, but also a nice upswing in Power and Discretes. Programmable Logic remains a bit disappointing, but there is barely a product area that has not grown double-digit.”

“I wish this was all based on merely distribution-driven efforts, but there are price and lead-time effects as well, so not everything is organic”, he added. “Despite the excellent top-line development, with very promising opportunities for the future, the challenges on the distribution channel continue.” 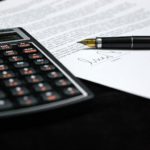 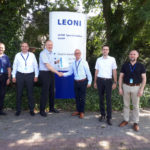 Distribution Gets Off To Flying Start In 2017