An Arduino board that comes with WiFi wireless networking capability and more processing power than previously available, by integrating a new 8-bit microprocessor from Microchip, is available at RS Components.

This second version – Rev2 – of the highly popular Arduino Uno WiFi board is functionally the same as the Arduino Uno Rev3, but also comes with built-in WiFi, enabling easy connection to the Internet, plus the addition of an onboard IMU (Inertial Measurement Unit) sensor.

The board, which comes in the Uno’s 68.6 x 53.4mm form factor, is based around the new ATmega4809 8-bit processor from Microchip, which in turn integrates 6KB of SRAM and 256 bytes of EEPROM.

The board’s onboard wireless communications SoC module comes with an integrated TCP/IP protocol stack for access to WiFi networks and can act as an Internet access point. The module also delivers security for users, as the WiFi connection is secured via the inclusion of a new ECC608 crypto-chip accelerator.

The Uno board has 14 digital input/output pins – with six that can be used as PWM outputs – and six analogue inputs.

A useful feature of the Uno is support for OTA (Over-The-Air) programming, enabling the transfer of Arduino sketches or WiFi firmware.

Offering plug and plug capability, users can be quickly up and running following connection to a computer via a USB cable. The board can also be powered via an AC-DC adapter or battery.

The Arduino Uno WiFi Rev2 board is shipping now from RS in the EMEA and Asia Pacific regions. 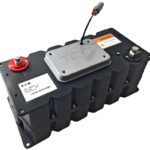 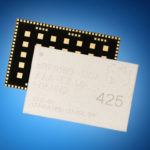 Nordic SiP On Sale At Mouser