The winners of element14’s recent Build Inside the Box Challenge have been announced as the design engineer community celebrates the element14 Presents 500th episode.

‘Build Inside the Box’ contestants participated in a competition that looked similar to Food Network’s ‘Chopped,’ a cooking challenge in which chef contestants must create a palatable dish using the ingredients they are given.

The 500th element14 Presents episode followed three contestants chosen from the element14 content creator team as they created technology with their mystery box of components for the chance to win electronics hardware prizes and a shopping cart for a local STEM organisation of their choice.

element14 Community members were also invited to think outside the box with their own Mystery Boxes and test their skills and creativity against the element14 Presents team.

The 500th episode was a battle of the makers with James, known widely as ‘The Bald Engineer’, coming up trumps with his Baldcoder creation.

James was competing on behalf of DePaul University’s $1,000 Makerspace Program which pairs underserved high schools in Chicago and the metropolitan area with the tools, training, and curriculum for teachers to integrate maker-centred learning into the classroom.

The winning bundle will be distributed in conjunction with curriculum for teachers to use in covering the basics for students to learn 3D printing, CNC routing, electronics, programming, and development for the Internet of Things.

“Congratulations to all the winners of the Build Inside the Box challenge! We’ve been so happy to see a high level of participation and engagement from our element14 Community members as we continue to celebrate the 500th episode of element14 Presents,” said Dianne Kibbey, Global Head of Community and Social Media for element14. “We’ve been blown away by the talent showcased in this challenge and the ways element14 content creators and community members thought outside of the box to create innovative, functional designs.” 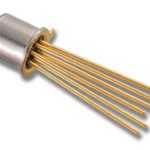 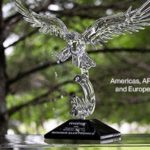