T1Nexus offers a full line of Optical Transceivers and embedded subcomponents including SFP, SFP+, QSFP, DACs and AOCs, that can be fully TAA Compliant.

“T1Nexus is pleased to partner with New Yorker Electronics to offer the most cost effective and high quality Optical Transceivers to the Federal, OEM, Carrier and Enterprise customers,” said Michael Dinan, T1Nexus Vice President of Sales. “As networks and bandwidth continue to become a more critical part of our digital lives, T1Nexus Optics are the best means of reducing inherent costs while improving network resiliency and better managing a previously complex and critical component of every network.”

“This new alliance will allow our customers to build powerful, cost-effective network solutions while reducing inherent infrastructure costs. It will allow them to develop recurring revenues in an ever-expanding optics industry while competing with emerging and competitive technologies,” noted Sandy Slivka, CEO of New Yorker Electronics. “It’s a partnership that will reduce costs for those moving away from vendor lock-in contracts, avoiding tariffs or simply reducing their BOM.”

T1 Nexus conducts its development and interoperable testing in the United States with Taiwan or the USA listed as the country of origin. It complies with TAA and is preferred by Military, Aerospace and Department of Defense agencies. 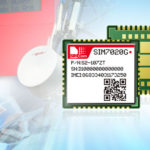 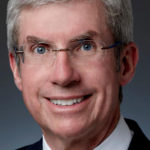