In line with the general components market and a troubled German economy, sales in the German component distribution business declined significantly in the last quarter.

Sales of distributors organised within the German component distributors’ association FBDi fell by 12.6% to 808m Euros. Orders declined by 34% to 674m Euros. This has taken the book-to-bill rate to a low 0.83.

Significant declines in sales were recorded in semiconductors which were down 13.3% to 566m Euros and electromechanical components which fell 14.6% to 87m Euros).

Sensors were the start, posting more growth, this time by 8.7%.

The market breakdown remained unchanged: semiconductors 70%, passive components 13%, electromechanical components 11%, and the rest together accounting for 6%.

FBDi executive chairman Georg Steinberger comments: “The expected decline in sales in the summer quarter was unfortunately somewhat more pronounced than expected. The last comparable drop occurred during the banking crisis of 2008. As root cause, we are seeing a mix of drastically reduced inventories, over-cautious planning (driven by macroeconomic uncertainty), and economic slowdown in some our customers’ target markets. So there is a possibility of a double-digit decline in our industry in 2019.”

Steinberger identifies excessive “German” skepticism as major challenge: “In no other European or OECD country is the mood worse than in Germany, even though the economy is certainly not performing that badly.”

From January to October, the IHS Markit Production & Manufacturing Index (PMI) fell from a good 50 points to 41.7; 50 is regarded as the threshold between downturn and upswing. Even in a crisis-ridden country like Italy, the mood is much better.

And in the UK too. Steinberger adds: “One might almost think that Brexit was happening in Germany!”

A further factor is that Germany is currently not being very innovative in striving towards a more climate-friendly infrastructure.

“The revolution in energy supply – a potential technology driver – has not only not happened since 2011, it is also being prevented from happening. That is not helping the German high-tech sector; climate targets are being missed, and Germany risks being left behind in terms of environmental protection.”

According to Steinberger, the FBDi sees rays of hope for the components industry at least: “2019 was certainly worse than expected but, in spite of all skepticism and political paralysis, we expect to see a positive trend next year, and a return to former strong performance levels in 2021. The turnaround starts in people’s heads.” 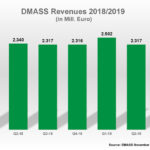 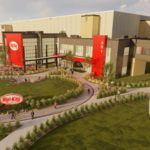