The lack of demand that was visible during the second half of 2019 battered European semiconductor revenues in Q4 according to DMASS.

Sales in the European Semiconductor Distribution Market fell by 16% to 1.95bn Euro. 2019 ended with a relatively moderate decline of 4.4% to 8.88bn Euro.

Georg Steinberger, chairman of DMASS commented: “The level of slowdown in Q4 is just a reaction to the low bookings in the previous quarters. And without DTAM to TAM conversion happening during 2019 (suppliers taking distribution business direct) the distribution market would have been flat, which is positive, considering that the overall components market (OEM and Contract Manufacturers) suffered more. With major macro-economic effects hopefully going away in Q1/2020, we could have expected a return to growth soon enough, a hope that the corona virus outbreak in China now renders unachievable. The importance of China for the global electronics supply chain is critical and ramifications are nearly unavoidable.”

At country and region level, the European semiconductor downturn crossed all borders, save a few smaller countries in Eastern Europe. Of the major countries, only the UK declined less than 10% in Q4. Through the year, the situation was more balanced.

Added Steinberger: “Within the context of the whole 2019 decline, no material trend changed: Eastern Europe continues its momentum as contract manufacturing base, the North, Central and South remain in waiting position. And as stated before, the UK seems to be unfazed by Brexit.”

All product groups were impacted similarly in Q4, not surprising as the lack of demand touched all industry segments likewise and  distribution is involved everywhere, with the entire portfolio.

Remarked Georg Steinberger: “On the product side, the notable exceptions to the slump were Power and Other Logic, both in heavy need of technical support and engineering, which tells that distribution is better by far in complex demand creation areas than commonly believed. We also see that the once equally sized markets of Analogue and MOS Micro products have a different trajectory in terms of technical and price development. Very often the Analogue BOM (Bill of Material) of an application is more costly than the Microcontrollers and Logic.”

As for 2020, Steinberger maintains his cautious optimism: “No one counted with the virus as a new disruption to the market, however we have to see what supply chain effect it has on this and the next quarter. The opportunities for innovation and therefore components business are still marvellous for years to come.” 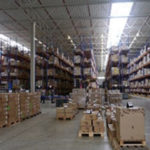 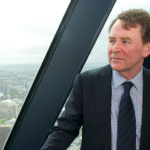