Healthy mid-single-digit growth has been the order of the day for the European semiconductor distribution industry this year. With product shortages and price increases continuing through the summer, Q3/2018 ended, according to DMASS, with 2.3bn Euro of sales, an increase of 6.3% compared to 2017. The first nine months of 2018 showed exactly the same increase of 6.3%, to 6.91bn Euro of sales.

Georg Steinberger, chairman of DMASS commented: “Compared to the double-digit projections we keep seeing for the total European semiconductor market from WSTS and others, European distribution does not seem to enjoy the same dynamics. However, most of their total projections are in US Dollars. Stated in US Dollars as well, DMASS grew by 14% in the first nine months of 2018.”

Added Steinberger: “After 9 months, it shows clearly that countries with a rather huge contract manufacturing focus are growing significantly faster than the major countries in Western Europe. And most of these contractor countries are in the East and to some extent the South of Europe.”

On the product side, growth rates were widely distributed, too – between -17% and +45%. Similarly to Q2, commodities like Discretes and Standard Logic did exceptionally well, while the key areas Analogue and MOS Micro trailed the trend – although for different reasons – and Opto products actually decreased.

Georg Steinberger: “What is clearly visible from a 9-months-view, is that a group of commodities did really well, while some areas like LEDs, Analogue and “older” MOS Micro technologies suffered. In the MOS Micro arena it seems that MPUs and higher end MCUs are taking control, while the Analog field is seeing former distribution business being handled by manufacturers direct. For the year 2018, we maintain our position of a solid single-digit ending.” 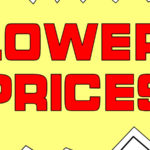 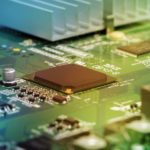