A lull in the spread of COVID-19 and lockdown-related pressure slowed the European Semiconductor Distribution industry’s decline in the third quarter of 2020.

According to DMASS, sales in the European Semiconductor Distribution Market fell by 12.1% to 1.85 Billion Euro, compared to a decrease of 20.7% in Q2.

Commented Georg Steinberger, chairman of DMASS: “With the 2nd wave of the COVID-19 pandemic now rolling over Europe and many countries going for anything between full and soft lockdown, it is hard to interpret what the Q3 numbers really meant, but it will be even harder to predict what will happen in Q4 and in 2021. From our perspective it really seemed that -12.1% decline is actually not that bad, given that compared to Q2 revenues actually grew. We saw slight improvement across the board and a positive booking situation. Now we hope that the current wave will not affect the high-tech industry in the same way as did the first wave in Spring 2020.”

Eastern Europe declined by 11.8% to 334 Million Euro and the Nordic countries dropped 24% to 139 Million Euro.

Positive development was also seen in other individual countries like Ireland, Switzerland and Turkey.

Added Steinberger: “Compared to Q2, there was in total more positive news than expected at a single country level, however the general trend in the majority of major markets is still concerning, specifically in the UK and Nordic, although reasons might be completely diverse.”

From a product perspective, less than a handful of single product categories managed to grow, the rest meandered between -3.6% and -31%.

Of the major product groups, Other Logic, MOS Micro and Opto performed best, with “only” single-digit drop, while Memory, Programmable Logic and Standard Logic suffered most.

Sensors bucked the trend and grew by 0.4% to 53 Million Euro.

Georg Steinberger concedes it is nearly impossible to read a trend out of this quarter.

“On a year- to-date basis, you could argue that some areas like MCUs, Opto, Other Logic or Sensors are less affected, while Memories, Standard Logic, Discretes, Power and Analogue found themselves in the centre of the COVID-19 impact.”

“2020 will be a year of significant double-digit decline for distribution”, said Steinberger, “and since the pandemic is anything but over, further effects might occur during the next quarters. While the hope of recovery is big for 2021, it may take a while until it starts.

Hopefully, some political developments can help global and European trade pick up speed again, provided society gets control over the COVID-19 situation.” 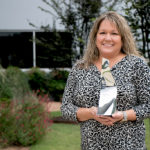 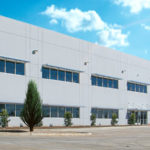