Just two years after a major expansion of its warehouse, Mouser Electronics is adding another 125,000 sq. ft. to cope with growing demand for its suppliers products. The extra warehouse capacity will come on stream in 2020, so space has been taken in a warehouse close to Mouser’s Mansfield, Texas headquarters to cover demand.

“There is no sign of business slowing down,” says Mark Burr-Lonnon, Mouser’s Senior Vice President of Global Service & EMEA and APAC Business. “I’ve talked to our suppliers and indeed some of our competitors, and the rest of this year and 2019 are looking good.”

“In Europe this year we have seen year-on-year growth up in Germany by 65% Italy rose 58%, Spain jumped 67%, Switzerland grew 53%, and growth in the Czech Republic was up 70%. Both the UK and France reported a 50% uptick year on year,” adds Burr-Lonnon. “Looking at market sectors globally, OEM sales rose 38%, the small to medium EMS sector grew 47% and MRO was up 29%.  In terms of products, semiconductor orders are up 53%, passives up by 59% and connectors 25%.”

Encouragingly the market surge encompasses a wide spread of applications, usually with lower volumes, but not leaving the industry reliant on one major technology advance as has been seen in the past.

“There will be blips, mostly due product shortages,” Burr-Lonnon warns, “but it would be a surprise if the market falls apart.”

The distributor’s expansion and investment at its headquarters is being matched by a coinuing push to put a presence into promising markets.

Earlier this year the distributor opened a first support centre in Canada. Mouser offices in Mexico, Shanghai and Bangkok have been expanded.

The Philippines, Brazil, Vietnam and Wroclaw in Poland are all earmarked to be hosting Mouser offices before the end of the year.

New suppliers will be signed to meet customer demand and memory specialist Micron Technology signed up in September preceded by connector market stalwart Samtec in August.

“Samtec liked what we are doing on the web,” says Burr-Lonnon describing the company as “a good fit, and completing a strong connector hand for the company.”

Customers were placing orders before the Samtec deal was announced.

We had an initial inventory but we wait until we are fully stocked before starting a marketing push,” remarks Burr-Lonnon, “so these orders could only come through a part number search on our web site.”

Samtec and Micron will contribute to an inventory which will top one million parts by the end of this year, and along with the other 700 suppliers for which Mouser is an authorised distributor, propel the distributor to a new revenue landmark.

Embedded products and boards could be next on the agenda for further linecard expansion.

“There is a lot of new lines out there,” says Burr-Lonnon, “so we may look at doing something different.” 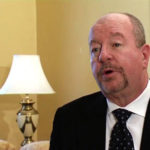 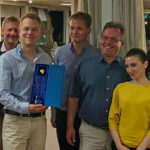