“Q4 was our strongest adjusted operating income quarter in the last five quarters, which demonstrates that we not only are growing again, but growing profitably. This is a sharp turnaround from where we were one year ago and is evidence of our significant transformation underway at Avnet,” Avnet CEO Bill Amelio (pictured) told analysts in a call hosted by seeking alpha.com

The company’s US business is also on the rise. New boss Tony Roybal oversaw a 5% sales increase in Q4 versus the previous quarter. Component sales in the EMEA region grew 7% year on year while poster boys Asia/Pacific turned in 20% revenue growth year on year.

Web-based sales were up 18% sequentially.

Amelio said that the company’s book to bill ratio was 1.1 in all regions and that lead times had stabilised in the last quarter.

Phil Gallagher, Global President of Avnet’s Core Distribution Business added, “We’re constantly optimising our inventory against our supply chain needs with – from our customers when we get good forecast. The demand environment’s pretty good. I mean, the verticals, transportation/automotive, continue to be strong. Industrial continue to look really positive. So, no, I think we’re steady Eddie as we go into the next quarter as best as we can see it.”

On the supplier front Avnet says it has replaced all the revenue lost following supplier program changes. And it has regained the Microsemi franchise lost two years ago following that company’s acquisition by Microchip Technology, an existing Avnet supplier.

Avnet also reported that its online communities of element14 and Hackster.io surpassed one million members, more than double the members from one year ago. 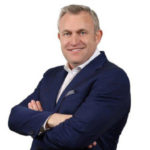 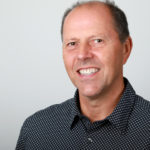