Avnet says that it can deal with the financial fallout following the ending of its distribution agreement with Texas Instruments (TI).

Answering questions from analysts on seekingalpha.com, Avnet CEO Bill Amelio (pictured) recalled that the distributor had lost four different suppliers a few years ago. “We were able to plug that gap in months, not years, “said Amelio.

“More recently, at EBV Elektronik,” he continued, “we had to shift all of our TI business away from EBV, and they rapidly were able to fill that hole back up. And the way we’ve been able to do that is kind of threefold. One is, of course, on new designs, design-in other suppliers. But that is a six-month to a couple of years journey.”

“Additionally, there are roughly 30% of the components that are commodity components that we could we could easily switch out faster. And then finally, customers tend to have dual source with the distributors, and they want to keep that balance. So, you will see a share shift of other suppliers’ components back to Avnet. And by those three things, you’ll see us start to fill this gap up over the course of the next year to 18 months,” explained Amelio.

He emphasised that the parting with TI was nothing to do with relationships, or performance. “That’s been really good,” he commented. “And as you know, it wasn’t just Avnet; they essentially de-franchised all the Asia’s distributors as well. So, there’s a massive move. And according to TI, they will be taking a lot of that direct. So, while there’ll be one distributor that will benefit, the fact is, everyone will be losing probably about benefit 30% to 40% of what was out there previously and that’s supposed to go direct.”

Said Amelio, “We’re working collaboratively with TI to arrive at mutually agreeable terms related to this transition. Their decision was not a result of any performance issues. In fact, they have been an Avnet supplier for more than 40 years and we are proud of the strong results we’ve delivered for them. This transition with TI is an example of our ever-changing industry and competitive landscape. As a 98-year-old company, Avnet’s supplier line card is continually evolving. Our line card today looks much different than it did 10, 20, or 30 years ago. We’ve been through some major changes like this in the past, and we have always recovered from them, and this is no different. As we transform into a technology solutions company, we are expanding into new areas that are less vulnerable to these types of changes.”

Amelio is referring to the distributor’s plans to be an end-to-end solution provider for Internet of Things applications through Avnet Integrated and Farnell.

“We are diversifying our business to maximise higher-margin opportunities. Our work to replace the TI revenue is already underway as we emphasise driving increased sales from existing suppliers through our highly differentiated value proposition. We will also seek out new suppliers who will find our comprehensive ecosystem very compelling,” said Amelio. 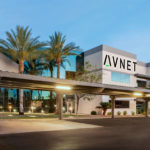 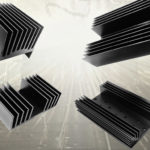