Sean Kerins has been named Chief Operating Officer at Arrow Electronics. This latest management move at Arrow follows the retirement of Andy King, Prsident of the distributor’s global components business.

Prior to that, he was president of the North American region for the enterprise computing solutions business since 2010 and was vice president of storage and networking since 2007. Before joining Arrow, Kerins spent ten years at EMC in sales, marketing, and professional services roles around the world.

Earlier in his career, he held progressively senior roles at Coopers & Lybrand Consulting, and served as an industrial engineer with General Motors.

“Sean’s leadership and proven track record at Arrow make him the ideal executive to advance innovation across our global sales, marketing, and operations,” said Mr. Long. “Our commitment to succession planning provides continuity and certainty to our customers and suppliers.”

Prior to joining Arrow, Ms. Russell spent two years as managing director for public and private sectors at Deloitte Consulting and, from 2011 to 2014, served as secretary of technology and chief information officer for the State of Colorado.

Earlier in her career, she held progressively senior roles at Oracle and Sun Microsystems.

Russell and David A. West, president, global components, will report to Kerins. 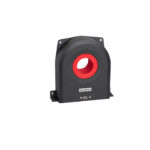 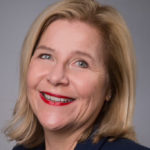