Business growth has prompted test and measurement distributor Telonic Instruments to move to a new 4,500 sq. ft. headquarters that is three times larger than its previous premises.

The new premises will enable the company to meet the requirements of its expanded customer base including a demonstration room and trade counter for customer visits to view and discuss the company’s range of power supplies and instruments available for sale or hire from market-leading manufacturers.

There is also room for increased stock holding to reduce lead times. There is capacity for a workshop/calibration lab to be built to continue Telonic’s work in supporting calibration and servicing for customers in the electronics, automotive, aerospace, education, manufacturing, research and development sectors.

Telonic Instruments specialises in programmable power supplies and test and measurement instruments from leading manufacturers such as Lab-Power and Rigol, respectively. It is also the UK exclusive distributor for Kikusui Electronics Corporation of Japan.

The company was established in the UK in 1966, as the sales and service operation of Telonic Industries, a US company specialising in RF (radio frequency) products.

Following a management buy-out in 1982, it became an independent company, selling Telonic Industries products and became the UK distributor for Kikusui Electronics of Japan in 1976.

Semiconductor Market Forecast To Bounce Back In 2020 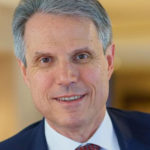