Nigel Watts – Group Managing Director at Spectrum Electronics Group reflects on the company’s 25 years and the inescapable ups and downs of the electronics industry.

People talk about a “journey”, well the last 25 years in the electronics industry has been a conquest, an unrivalled challenge that has witnessed a technological revolution, directly impacting the lives of over 90% of our planet’s population.

In December 1994  a UK REP company was formed in a shared office situated in the middle of a field near Bicester, Oxfordshire, owned by an Italian landlord who charged a “daily” rent. Why daily? Well he was looking to sell the field and wanted us off the site as soon has he received an offer !

We moved in on December 1st, my mother’s birthday, she will be 92 this year god bless her. The office had 4 desks, 3 phones, a desktop PC, modem and fax……..Spectrum was operational. The smell of fresh paint was all around, the office took longer to paint than England being bowled out by the West Indies for a mighty 46 in one session….that was a long night.

We were founded on one major semiconductor line, Cypress, and a VP of sales, Dan McCranie, who I can only describe as the best salesman I have ever met.

Dan wanted a “Guinea Pig” in Europe a company to mirror the North American rep model, something that had not been achieved or attempted before, working with, rather than against, distributors in order  to jointly develop business throughout the customer base.  This has since come to be standard practice but it was from that at the time. We coined the expression “Partner or Parasite” and worked hard to prove the former !

This was quickly followed by a flash memory “start up” SunDisk, no not a spelling mistake. Sundisk, the pioneer of solid state mass storage  later became SanDisk and is now Western Digital. SanDisk was led by a true industry pioneer, Eli Harari, one of the greatest technologists and human beings I have ever had the pleasure of knowing and working with.

Those of us that have that have “trod the boards” for the past two decades will know the incredible success SanDisk enjoyed and I am delighted to say that we shared a very small part of it.

The 90’s were fantastic, a real land of opportunity and great return on investment. Manufacturing was abundant and the major contract electronic manufacturers (CEM) were producing volumes in Europe. China was still an “idea” in minds of most  people.

Roll forward to the internet boom and we were truly in the land of milk and honey, life was great….and like all good stories, there was a twist, the “Dot.Com Boom became the Dot.Com Bust” and the industry reversed faster than it had accelerated, leaving a trail of destruction and several industry billionairesinitswake.

Highway 101 in Northern California serving Silicon Valley went from being the world’s largest German automobile car park to a desert track littered with tumbleweed, well, almost. What was to follow was a true revolution, the globalisation of the electronics industry, the advent of the Far East and China as the manufacturing powerhouses of our industry.

In 2003, the Spectrum team, by now the representative for semiconductor lines in UK, France and Benelux with Cypress still the number one line, decided to “pan Europeanise” our model during the most significant downturn the industry had experienced for over two decades.

It nearly killed us, however, just as the “Sword of Damocles” was about to sever our financial blood supply, the industry turned and in the next three years we experienced the most tumultuous unexpected growth imaginable and by the close of 2006 our REP sales were over $460M, pan European status had been achieved and we were on a roll.

Never underestimate the ability of the electronics industry to spoil a good party !

Now, as we close out 2019 the industry has continued to drive global change and the impact has been profound, we have witnessed some turbulent times, the REP model has been challenged and found wanting as the globalisation of our industry moves forward at an unrelenting pace.

Indeed all traditional business models have been challenged and found similarly wanting, evolution, indeed, revolution has been required to survive and prosper in the 21st century.

The Spectrum Group introduced ISMOSYS ( Integrated Sales Marketing and Operations ISMO) in 2008 to provide the industry with an expanded array of value added services that have now evolved to become a tri-continent operation, Asia (India), Europe and the USA, offering complete supply chain solutions from initial concept and design through to volume manufacturing and channel management.

As the only remaining founder of the group, I can honestly say that this period of my life has been the most rewarding, exciting, unpredictable, challenging and irreplaceable experience I, or indeed anyone could ever have.

The Spectrum Group has been blessed with a fantastic team of people who have dedicated themselves to the business in a way that can only be described as remarkable, they have ridden all the waves and challenges this industry has confronted them with and still come back for more….Thank you one and all.

“start up”, why ? Because this industry never ceases to evolve and transition at a frightening pace, if any business is to prosper then it needs to re-invent itself on a continual basis taking advantage of opportunities that present themselves, avoiding the “bear traps” that regularly spring up to catch the sleepwalkers.

I am immensely proud of what we have achieved,the  team we have built and business model we deliver to our customers but what still gets me out of bed at “sillyo’clock” in the morning is  the prospect of things to come.

The next ten to fifteen years in our industry can, indeed will, witness growth the likes of which it has not been experienced for several decades, if at all. The opportunities that present themselves are beyond imagination and, for those who can visualise the future and take full advantage of it, the rewards will be profound, financially and I also hope from a humanitarian perspective.

As we approach 2020 it is incumbent upon us all to have a “vision”, the two seem perfectly matched, excuse the pun.

Seriously, and in conclusion, on behalf of the Spectrum Electronics Group, I would like to thank everyone both internal and external to the company who have contributed and played their part in creating a great business model, enjoying incredible events together, providing fantastic memories and most of all laying the foundation of what is still to come.

We are looking forward to the next decade with excitement, anticipation and relish. 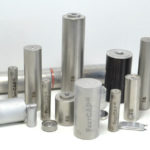 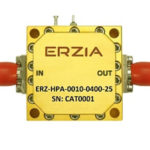 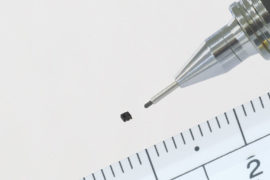 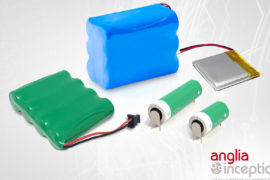 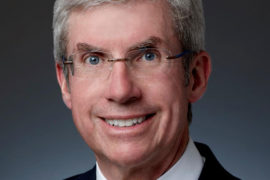 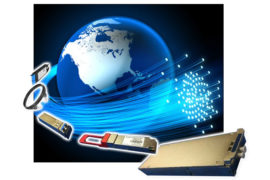 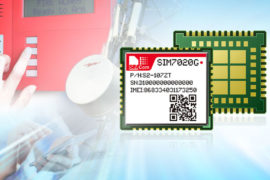