Pete Malpas has been promoted to the role of President EMEA at RS Components. He was previously President, northern Europe.

He reports to Mike England, COO of Electrocomponents,who previously filled the post.

Malpas (pictured) will be responsible for accelerating performance across EMEA.

He will lead the commercial operation and business transformation of the region, driving a more aligned and consistent go-to-market approach and value proposition. He will also work closely with the Presidents of Asia Pacific and the Americas, sharing best practice and bringing consistency in the ways of working across the global business.

Malpas will continue to lead Northern Europe until his successor has been appointed.

Mike England said: “Under Pete’s leadership, I’m confident that we will continue to drive a high-performance culture whilst accelerating our EMEA growth and market share through the execution of a digitally powered and integrated go-to-market strategy. Our primary focus is to simplify our business, accelerate performance, deliver digital transformation, build scale and operate for less to become first choice for our customers, suppliers, people, communities and shareholders.”

Malpas joined RS in 2016 and has been instrumental in leading and transforming the approach to selling effectiveness and implementing the value-added solutions programme across Northern Europe.

Prior to RS, he spent nine years at Brammer (now Rubix) in a variety of senior leadership roles.

Before IMO, Malpas had a nine year stint at Festo, a manufacturer and supplier of automation technologies, where he led the UK sales and marketing organisation and was an integral part of the senior commercial European team centred in Germany. 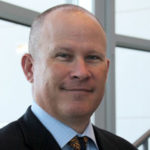 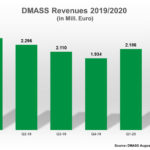