RS Components has unveiled DesignSparkPCB Version 7.0RS.
It has added three of the most popular requests for new features to enhance ease-of-use for designers.
Enhanced Part Number handling that ensures designers’ Bill of Material (BoM) is complete at any stage of the design.
It has introduced Sketch Routes that draw the approximate routing path and allow algorithms to draw the best tracks, enabling faster time-to-market in new designs, both in schematics and PCB layout.
And there is an additional ODB++ export format, regularly requested by DesignSpark’s user community and increasingly supported by PCB manufacturing houses.
According to RS Components, DesignSpark PCB has more than 350,000 users globally, and has become the tool of choice for sharing and collaborating on open-source hardware designs and projects. This latest edition of DesignSpark PCB builds upon the previous version of the tool, which was announced in January 2014 with simplified export functionality to DesignSpark Mechanical, Cross Probe and Custom Shortcuts features. With the Enhanced Part Number handling feature designers can focus on innovation, research and development rather than spending time manually compiling purchasing information into a parts list.
“Our aim has always been to allow the creation of rapid PCB prototypes by removing the barriers to innovation in electronics design and to assist our customers to focus on their creativity instead,” said Mark Cundle, Head of Technical Marketing at RS Components. “DesignSpark PCB continues to evolve on the basis of the significant feedback received by our DesignSpark community and this new version of the software is a reflection of our ongoing support to enhance their design journey.” 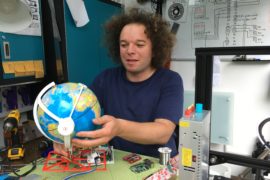 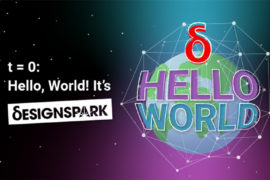