Microchip Technology looks to be withstanding the semiconductor market’s bumpy ride, reporting first quarter sales of $1.323 billion, down 0.5% sequentially and up 9.1% year on year.

Speaking to industry analysts on seekinkalpha.com. Ganesh Moorthy, President & COO of Microchip, said that the company’s microcontroller business was sequentially up 1.8% compared to the March quarter –“reflecting some strength in what otherwise continues to be broad macro weakness in the markets we serve.”

He added, “During the quarter, we shipped our 25 billionth microcontroller, a milestone in our rich heritage as a microcontroller solutions provider.”

Moorthy reported analogue business sequentially down 0.7% compared to the March quarter reflecting he observed, “the broad macro weakness, Microchip and others in the industry are experiencing.”

Added Moorthy, “Our FPGA end-market demand reached an all-time record even after going back through the Microsemi and Actel history with 7% sequential growth compared to the March quarter coming in at almost $101 million.”

He warned that the FPGA business does have some lumpiness because of significant exposure to space, aviation and defence markets where procurement timing can be a function of programs and their shifting priorities schedules and budgets.

He also reported that design wins on Microchip’s new low power mid-range PolarFire family continue to grow strongly. “We remain optimistic about this product family adding another leg of growth for the future,” he commented.

“While the uncertainty begin with U.S., China trade friction, the uncertainty has become global. Europe was the weakest geography for us during the June quarter. Our customers and distributors are blaming the weak business conditions in Europe to the effect of very weak exports to China as well as uncertainty due to Brexit,” he told analysts.

“The largest economy in Europe, Germany is near recessionary levels with auto production down significantly. Our China business was actually up recovering from the Chinese New Year with more shipping days as we expected,” he contimued. “While there is this continued uncertainty in Europe as well as the U.S., China trade relations given the multi-quarter inventory correction we have seen at the distributors and customers, we expect net sales for our products in the September quarter to be between flat to up 4% sequentially.”

An optimistic Sanghi added, “We first experienced the down cycle starting in about July, August last year. So we’ve been in it for a year and have been reducing inventory in the distribution channel, in major OEM customers and inside and after multi-quarter inventory correction, we are actually seeing the backlog is up from prior quarter and we are seeing some strength coming back.”

“So given very difficult and uncertain market conditions, we are pleased with the net sales results that we have delivered,” said Sanghi, the September quarter is usually a good quarter in Asia and that should continue Asia and China but Europe should continue to be the weakest geography and America is sort of normal.” 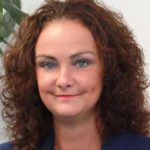 Anglia Steps Up To RoHS 3 Compliance 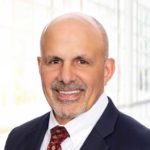