Jonathan Parry has joined PEI-Genesis as Managing Director in Europe. Parry reports directly to Chairman and CEO Steven Fisher and is based at the company’s Southampton, UK, European headquarters.

In his new role, Parry is responsible for the overall financial and operating performance of the company’s operations in the United Kingdom and Europe, including sales and marketing, vendor relations, production, and operations.

“Having Jonathan on board in Europe brings innovative new thinking to our overseas operations,” said Fisher. “His extensive experience will help us lay the groundwork for our company moving forward.”

Parry brings over 15 years of sales and operations leadership to PEI-Genesis.

Prior to taking on his new role, he was the Managing Director for the European organisation of Dialight, where he had full P&L responsibility across manufacturing, R&D, sales, marketing and head office functions with 800 employees and manufacturing locations in the UK, Germany, and Denmark.

“Jonathan’s solid track record will allow him to focus strategically on our European operations,” said Fisher. “I expect him to build on the strength of the excellent team we have in place and expand our presence throughout Europe by solving customer interconnect problems from design to delivery.”

Before his role at Dialight, Parry was the Chief Operating Officer for JCC Lighting Products, providing leadership during a transitional time in the business. During his tenure, Parry helped to establish JCC as the fastest growing LED lighting company in the UK.

Parry served as the European Product Director at Wolseley PLC from 2005 – 2009 and from 2001 – 2005 was the Head of Global Sourcing for Sainsbury’s Supermarkets. 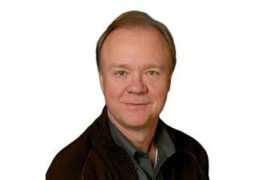