It’s fair to say Steve Sanghi, CEO of Microchip Technology was not impressed once he and his colleagues got access to all the information on Microsemi that they were not able to get before acquiring the company. Excess inventory in distributors and luxury private planes are in his sights as issues to be addressed – and sharpish.

Speaking to analysts on a conference call hosted by seekingalpha.com he said, “This is the time when we discover some of the weaknesses that we have found in other acquisitions like Atmel and Micrel. This is typically the low point in the acquisition. Things usually rapidly improve from here as we go to work to fix things and integrate.”

Sanghi didn’t like what he discovered in the channel. “We found that management was extremely aggressive in shipping inventory into the distribution channel. Microsemi’s distributors had about four months of inventory whereas Microchip’s distributors carry about two and a half months of inventory. While we have seen some excess shipments of inventory into the distribution channel in other acquisitions, we have never seen as much excess as we found in the case of Microsemi,” was his unequivocal summary.

And he told the analysts that Microsemi also over-shipped into the contract manufacturers by making deals and offering discounts.

“This excessive distribution in contract manufacturers’ inventory will provide some headwind for revenue for the next couple of quarters. Our trailing EBITDA in the next two quarters of cash generation will also be impacted by needing to correct this inventory for Microsemi products,” said Sanghi.

He then weighed in on other issues.

“While excessive shipments into distribution and contract manufacturers has been the main issue at Microsemi, we also found a culture of excessive extravagance and high spending. The company had millions of dollars of sponsorships in several luxury suites in sports stadiums, luxury private plane travel and generous sponsorships for many conferences, stadiums and other venues that are wastage of shareholders’ money.

NFL and NBA fans look away now –Microchip is undoing commitments to all such spending.

Sanghi also indicated actions taken to clean up the excess inventory and other spending. 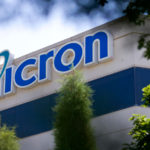 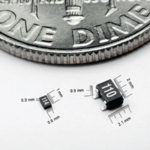