William M. Lowe, Jr., who has served as Executive Vice President and Chief Financial Officer of Kemet since 2008, has been appointed Chief Executive Officer and a member of the company’s board of directors, effective immediately.

Lowe succeeds Per-Olof Loof, who, in agreement with the board, has resigned as Chief Executive Officer and as a member of the board.
Loof’s departure follows an investigation overseen by certain independent members of the KEMET board, with the assistance of an external law firm, of the facts and circumstances surrounding a consensual personal relationship between Loof and an employee of the Company and related actions which were inconsistent with the company’s policies.

The alleged conduct did not relate to questions regarding the company’s operations or the integrity of the company’s financial statements. Loof will not receive any severance benefits.
“KEMET is committed to ensuring that the company’s policies are upheld by all KEMET employees,” said Frank G. Brandenberg, Chairman of the Board. “The board recognises Mr. Loof’s contributions to the Company’s financial performance, as well as the establishment of an outstanding leadership team now to be led by Bill.”
Brandenberg continued, “Bill Lowe is a seasoned leader with a deep understanding of KEMET’s business and strategy, and a proven commitment to our investors, customers and employees. In addition to his extensive financial experience as CFO, Bill has meaningful operating expertise from his time as COO of Unifi. During his 10-year tenure as CFO at KEMET, the company substantially improved both its operating results and balance sheet and delivered significant value to shareholders, including, most recently, through the initiation of a dividend program. Bill played a significant role in building KEMET into the successful company it is today and the Board is confident in his ability to lead the company into its next phase of growth.”
Lowe responded, “I am honoured to serve as KEMET’s CEO during this important time in the Company’s history. As we enter the company’s centennial year, we are well positioned to build on our track record of growth. I am confident that KEMET’s proven strategy, strong balance sheet and substantial free cash flow will enable us to capitalise on the many opportunities that lie ahead. In my new role as CEO, I look forward to continuing to work closely with the Board and management team to position KEMET for the next 100 years of excellence and deliver value for our stakeholders.”
Earlier in December KEMET announced that Gregory Thompson will succeed Lowe as Executive Vice President and Chief Financial Officer, effective May 31, 2019. He will now assume that role immediately
During Per Olof Loof’s almost 14 year tenure as KEMET’s CEO, the company’s annual revenues almost tripled with profits improving from a loss to a $254 million profit with gross margins of 28.4% (all for the fiscal year ending March 31, 2018) and the company expanded its product lines through the addition of the Film & Electrolytic and Magnetics, Sensors and Actuators business groups.
Loof also presided over KEMET’s establishment of the industry’s only closed-pipe conflict-free vertically integrated tantalum supply chain, and oversaw a number of acquisitions, culminating in the 2017 purchase of TOKIN Corporation. 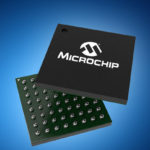 SiPs In Stock At Mouser 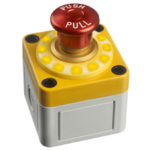