Laser Design announced today that it has been appointed the master North American distributor for Tomelleri Engineering’s line of Space Arm articulated-arm CMMs. The SPACE Arm line has been marketed successfully in Europe and product distribution is now expanding worldwide.

Tomelleri’s experience with portable arms spans 25 years and includes manufacturing of 6 and 7 axes touch probe and laser scanning arms, tube inspection arms, and also the well regarded Garda portable-CMM arm which was acquired by a larger company. The Tomelleri Engineering technical team has some of the deepest experience of anyone in the worldwide articulated arm industry. The Space Arm line consists of four product families: the economical Space model, the mainstream Space Plus model, the super accurate Space Micron model, and the large-scale Space Explorer model. Tomelleri differentiates its products from other articulated arm manufacturers via several unique aspects:

Paolo Perbellini, Commercial Director, explained: “The first way our product line is different is the very large volume Space EXPLORER arms that have up to a 9.0M (30 FT) diameter measurement range. These arms are ideal for measuring large parts in industries such as automotive, heavy machinery, aerospace, and others. The Space EXPLORER has more than twice the range of our competitors’ largest arms.”

He continued, “At the other extreme, the 5-axes Space MICRON arm has a very small range with ultra high accuracy (4micron+L/50mm, 250mm range) that approaches stationary CMMs. The MICRON is ideal for measuring small parts with precise tolerances. There is no other arm like it in the market. The Micron is an articulated measurement arm with a revolutionary design and axes configuration that allows inspection of parts with great accuracy and accessibility, more quickly than any other stationary or portable CMM.”

“Our Space and Space PLUS models range in size from 1.8M (6 FT) to 4M (13 FT)”, according to Perbellini. He added that these arms were price competitive and equivalent or even more accurate than competing products. The Space PLUS and Space EXPLORER models include an innovative electromagnetic braking system that protects the arm from crash related damage and greatly facilitates user fatigue.

LDI intends to appoint regional resellers throughout North America to market the Space Arm. C. Martin Schuster, LDI’s founder and CEO, said “The articulated arm is one of the most popular measuring instruments in the world. Within North America, most of these arms are sold directly by the large companies that manufacture them which means that independent resellers can’t easily participate in this large market segment. We plan to recruit resellers in different regions of North America that have strong backgrounds in metrology and reverse engineering and prior experience with similar articulated arms.” Schuster went on to state that some of these resellers will also be able to service and calibrate the Space Arms themselves in order to minimize shipping and warranty expenses for the end customers. He added, “LDI believes that the total cost of ownership of a Space Arm over a five year period will be substantially less than with other articulated arms.” Mr. Schuster also indicated his company’s highly regarded SLP laser scanners and Surveyor Scan Control software were in the process of being integrated with the Space Arm and that an announcement of a laser scanning option would be forthcoming shortly.

Options include a wide array of touch probe choices including a floating probe and Renishaw LP2 touch-trigger head, a variety of laser tube forks and specialized software for pipe measurements, various tripods, a WiFi module, and a Lithium ION battery pack. Touch probe measurement software includes Geomagic Qualify Probe and Delcam Power Inspect. Additional 3D measurement software programs are in the process of being integrated with the Space Arm.

Endress+Hauser signs Vector Controls and Automation Group as its Representative in the Gulf Region of U.S. 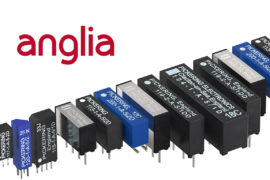