Microcontroller (MCU) sales are on the march, says IC Insights. The market is expected to continue hitting record-high annual revenues through 2022. In 2017 systems manufacturers stepped up purchases of microcontrollers in 2017 with unit shipments surging 22% and strong growth looks set to continue this year.

The Mid-Year Update also raised the five-year growth projection of MCU sales to a CAGR of 7.2%, reaching nearly $23.9 billion in 2022, with unit shipments increasing by a compound annual growth rate of 11.1% to about 43.8 billion in the final forecast year.

The ASP for microcontrollers fell to the lowest point ever in 2017 and prices are continuing to drop at about the same rate in 2018.  However, the annual rate of decline has eased in the last five years compared to earlier this decade.

A key factor in the 2017 recovery of MCU sales from the decline in 2016 was a turnaround in the smartcard microcontroller segment, says IC Insights.  About 40% of total MCU shipments are currently for smartcard applications, but that is down from about half early in this decade.

Excluding smartcard MCUs, sales of “general” microcontrollers for embedded systems, automated control, sensing applications, and IoT-connected things are forecast to grow 11% in 2018 to $16.4 billion after rising 14% in 2017.  Shipments of general MCUs are projected to climb 25% in 2018 to 18.9 billion units after rising 21% in 2017.

General microcontrollers now represent a little over 60% of MCU unit shipments and are forecast to reach 68% of the total in 2022.  Currently, general MCUs generate about 88% of total microcontroller revenues, and they are expected to reach 90% of the entire market value in 2022.

Across nearly all MCU applications, strong growth in 32-bit microcontrollers has reshaped the market as suppliers aggressively promote more powerful designs that are cost competitive with 8-bit and 16-bit devices, which have typically been used in consumer products and other high-volume systems.  In some cases new 32-bit MCUs are being priced below the cost of 8-bit microcontrollers. 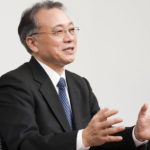 Renesas Snaps Up IDT For $6.7bn 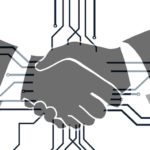