Future Horizons CEO Malcolm Penn is forecasting the global semiconductor market will grow by four per cent in 2016. Much will depend on the global economy performance says Penn, adding that a pick up could see the market grow eight per cent. A bearish market could see global semiconductor sales flat, and given the lack of confidence and pressures on the global economy there is more scope for a downside than upside thinks Penn.
“The 2015 semiconductor market came in like a lion and went out like a lamb,” says Penn.
He explains, “Demand collapsed in the second quarter of 2015 on the back of global economy woes and a slowdown in China. And average selling prices plummeted in the third quarter.”
A stronger than expected Q4 performance carried 2015 to 0.6 per cent growth compared to 2014.
Penn’s four per cent uptick for 2016 is predicated on growth hitting 5.8 per cent in Q3, following 1.5 per cent growth in Q2 propelling sales to $349bn in 2016.
He is assuming continued growth in IC unit sales, a slow recovery in average selling prices and high fab foundry utilisation rates.
What exasperates Penn is the industry’s lack of confidence. He points out that the semiconductor market’s CAGR from 2009 to 2014 was 8.3 per cent, a number most other industry sectors would regard as manna from heaven.
Geographic sales make interesting reading. China now accounts for 29 per cent of all global semiconductor sales followed by the Americas at 20 per cent. Europe at 10 per cent has just edged ahead of Japan’s nine per cent. The rest of the world accounts for 32 per cent of all sales.
Penn is not optimist about Europe’s fortunes.
“This is sales,” he remarks. “European IC production is even worse. “
“And Europe’s chip industry policies aren’t improving its share either,” he adds.
The IFS2016 – Semiconductor Market Outlook & Forecast is available from Future Horizons priced at £195.00. Contact mail@futurehorizons.com 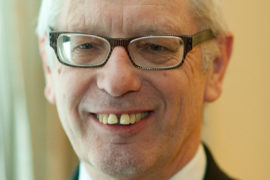