Rubik’s Cube enthusiasts amongst the electronic design engineering community should beat a path to the Future Electronics stand at electronica in Munich (Nov 11-14) where the global distributor will host its ‘Collect, Control, Communicate’ Rubik’s Cube Challenge.
As an incentive there will be sponsored prizes including an Apple iPad Mini tablet and a Samsung Gear Fit wristband.
The design of the cubes is reflected in Future Electronics’ Collect, Control, Communicate theme for Electronica, which features demonstrations showing how Internet of Things designs can collect data, control nodes or systems and communicate from anywhere to anywhere via the internet.
Any visitors to Electronica who can solve the special Rubik’s cubes will be entered into a prize draw. The prizes have been sponsored by suppliers of component technologies suitable for IoT designs, including:
• NXP Semiconductors, providing a Samsung Gear Fit exercise wristband. NXP’s ZigBee-based home automation solutions are being used in IoT designs to provide for smart lighting and climate control.
• Semtech, providing an Apple iPad Mini tablet, has developed LoRa™, a low-power, long-range ISM-band radio technology for wireless wide-area networking.
• Vishay, providing three GoPro Hero3 action cameras, provides sensors and power devices suitable for the power-constrained sensor nodes found in IoT architectures.
Visitors who wish to take part in the Collect, Control, Communicate challenge should visit Future Electronics at stand A4.259 and request an IoT Rubik’s cube. When they have solved the cube, they must simply show it to Future Electronics at the stand, and provide their name and contact details in order to be entered into the prize draw.
The winning names will be drawn, and the prizes delivered in person to each winner, after the end of the exhibition. 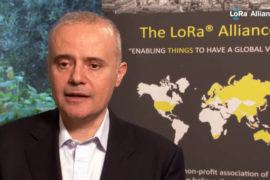 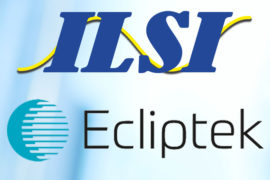