Nevertheless the sector still posted a 4% uptick to 922m Euros according to the German Association of Component Distribution ( FBDi) grew by 4%.

In the large product segments, growth in passive components continued at an above-average rate of 21.4% to 114m Euros, followed by semiconductors, which were up by 3.5% to 664m Euros. All other product areas, including electromechanics which drooped 4.1% to 89m Euros), were down.

As a result, there was a slight shift in favour of passive components (12%) and semiconductors (72%) in terms of the percentage share of the overall market. Electromechanics held its 10% share, while all other segments combined to 6%.

FBDi Chairman, Georg Steinberger commented: “We’re currently witnessing a return to normality in the development of orders and revenues, even though there are still some bottlenecks in certain product segments. However, the first quarter is a good indicator for the rest of the year; we’re not expecting any major leaps and believe that customer warehouses are generally well stocked.”

The macroeconomic influences and the resulting uncertainty are getting bigger, according to Steinberger: “Brexit has only been delayed, various industries are about to undergo major structural change, and the troubling situation between the USA and China is starting to have a serious impact on the market, most significantly the Huawei situation. The good news is that innovation may be slowing down, but it has not stopped. The reshaping of society and industry needs to continue and this can only be achieved through new technology.”

(Note from FBDi: the overall statistics for 2018 and 2019 were adjusted for the figures of members that no longer participate in the statistics.) 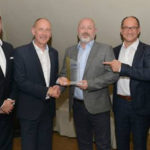 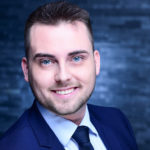