“With over half a million members around the world, our element14 community provides the opportunity for engineers, makers, and startups from across the globe to collaborate on amazing projects every day. The winners of the 2017 Community Awards represent the community’s most innovative minds and projects,” said Dianne Kibbey, Global Head of Community and Social Media. “All of the nominees and the entire community are developing the most unique projects. We celebrate their achievements and look forward to the accomplishments of the community in 2018.”

Douglas Wong was named as Member of the Year. An integral part of the element14 community, Wong frequently joins discussions to assist other members with their engineering problems. He also is no stranger to winning element14 awards: He won the Safe and Sound Design Challenge in 2017 with a set of wearable sensors designed to alert workers to environmental hazards they wouldn’t otherwise be able to see. He also was one of the top winners in the IoT on Wheels Design Challenge and submitted numerous high quality RoadTest reviews of new products.

Wong also won in the Community Project of the Year category with his Invisible Hazardous Environmental Factors Monitoring System.This wearable system can alert a worker in a potentially hazardous environment to dangers like carbon monoxide, radon, excessive microwave radiation, and more.

The element14 community was especially impressed by how polished and functional Douglas’s designs were for a prototype product, in addition to the wide range of risk factors that the wearer of the device would be alerted to.

The New Product of the Year  award went to Texas Instruments DLP Pico Display Projector EVM (pictured). There were many interesting new items on the market in 2017, but the element14 community ultimately voted for the new entry by Texas Instruments as the favourite.

This new evaluation module brings a wide array of possibilities for designers to build new displays that are portable.

It also interfaces with the popular BeagleBone Black development board to make it user-friendly, so designers and makers can get their ideas up and running.

RoadTester of the Year is  Shabaz Yousaf. He is a strong contributor to many element14 programs, and in 2017 his RoadTest reviews were truly exceptional. For RoadTests, new products from top suppliers are given to community members who then write practical reviews of the products.

He consistently wrote detailed, informative reviews about several products, including a kit for designing wireless power systems, an insulation tester, a digital multimeter, and more.

Shabaz Yousuf also claimed the Top Project14 of the Year  with his Cyclops-1000. Project14 is a new program launched in 2017 that challenges element14 community members to build projects that are less time-intensive than those found in the element14 Design Challenges. Submissions are based around a theme that rotates monthly and is chosen by community members.

The voting for this category was the closest by far, and while all of the submissions showcased the skills of our community, Shabaz Yousaf’s low-cost, DIY tool for measuring rotational speed was voted the winner, for creating a useful project that was a great exercise for gaining new skills or sharpening old ones.

The Top Ben Heck Submission were Three Core Builds – Mini Pinball Game, Super Glue Gun, Hex Game – The winners for this season of The Ben Heck Show were three core builds: Ben’s ultimate glue gun, a mini pinball kit, and a hex game prototype that can be used to learn soldering and binary or hexadecimal arithmetic.

This was a standout season, where the team completed a portable Nintendo 64 and tested a classic arcade game to confirm whether its world record is legitimate, but these three core builds were still the fans’ favourites. 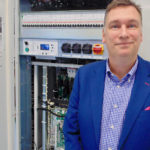 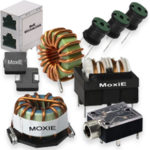 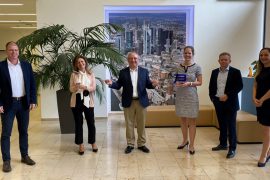 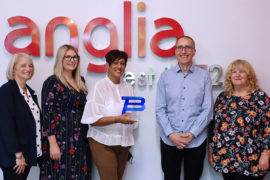 Anglia Stands Out For Bourns In North Europe 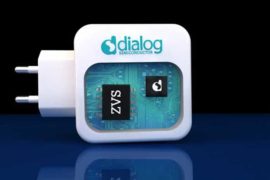 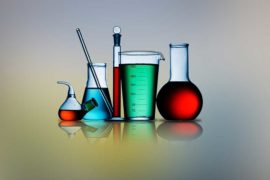