Sales in the European Semiconductor Distribution Market fell by 3.8% to 1.86 Billion Euro in Q4 2020, show the latest figures from DMASS. The full year ended on sales of 7.72 Billion Euro, down 12.4%.

DMASS says that the European semiconductor distribution market seems to have seen the worst back in 2020 and a return to growth is highly likely in 2021.

With COVID-19 impact easing and a return to strong growth in Asia driving component demand, the demand in Europe is growing too. However, Q4/2020 still resulted in a slight decline.

Comments Georg Steinberger, chairman of DMASS: “While the 2nd wave of the COVID-19 pandemic is still in full swing and transportation hurdles make it difficult to get high-tech goods into Europe in time, the demand of customers – particularly in the automotive sector – is growing strongly. Longer lead times and price increases from manufacturers will likely dominate the first half of 2021. It remains to be seen if the extremely high bookings level is sustainable beyond summer.”

Country-wise, any country or region with a strong contract manufacturing base did relatively well in Q4, growing healthily in some areas, while bigger regions still suffered the downturn effects.

Germany again declined more than the average, by 8.2% to 487 Million Euro.

Italy did considerably better, with a decline of only 3.9% to 153 Million Euro.

The Nordic countries, like Italy, ended at close to the average, with -5.7% to 146 Million Euro.

Steinberger adds: “The most conclusive insight from the data is that, wherever there is strong contract manufacturing, the market recovers faster. The second obvious development is that Germany, as a stronghold for the European market, gets smaller, in part driven by increased outsourcing to Eastern Europe. So far, the UK has been spared any significant Brexit effect although we will no doubt see more impact as 2021 progresses.”

From a product perspective, Q4 showed some positive development in Discretes, Power and Sensors, as well as in Flash Memoríes and Microcontrollers, while most other products – Opto, Analogue, Memories and Other Logic (ASSPs etc.) – meandered around the average decline.

Says Georg Steinberger: “In general, if there is a trend to be seen at all, it seems that in 2020 standard products lost more than complex products or technology categories that require more support. Curious to see if this continues in 2021, specifically on Analogue.”

“As with the overall market, 2020 was a year of significant double-digit decline for distribution”, said Steinberger. “However, we see that bookings are strong and demand is returning, with some likelihood of shortages through the first part of the year. Interestingly, the current discussion about dependency on Asia with regards to component supply, is like groundhog day. For years if not decades, Europe’s focus on Industrial and Automotive led to an effect that leading-edge semiconductor production in Asia may not be centred around European needs. We became sub-strategic a long time ago. The positive news for distribution is that we are the best aggregator for demands of all colours and varieties and therefore the best option for European customers.” 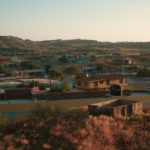 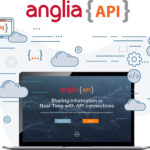