Well it’s not all doom and gloom. According to DMASS* European semiconductor distribution sales grew by 8.4% to 2.5bn Euro, an all-time record in the first quarter of 2019.

A delighted DMASS chairman, Georg Steinberger, commented, “It is amazing that our industry could deliver another record, after eight quarters solidly above 2bn Euro of consolidated sales. We recognise the fact that much of the current growth is driven from a solid backlog and expect the growth to come down through the year, as many members see the booking situation weakening as we speak.”

As a caveat DMASS points to uneven growth at country and region level. The major countries – the UK, Germany, France and Italy – barely scratched the average growth, while some countries in Scandinavia and Eastern Europe exploded into double-digit increase.

Said Steinberger, “The numbers show some unusual effects in various countries with a significant contract manufacturing business, but in general it looks like the major economies are absorbing the lion’s share of the current slowdown effects. If this is a trend for the rest of the year remains to be seen.”

On the product front, the major growth came in selective product areas like Discretes, Power, Sensors, Memories and Other Logic, but not across all countries.

Georg Steinberger concluded, “The outstanding growth in some product areas was clearly driven by the development in certain countries. Overall, the two major trends identifiable this quarter were the weakness in Optoelectronics and the technology shift in Microcontrollers to higher-level architectures. We expect some levelling during the next quarters, but it is obvious that certain products become sexier while others turn into legacy.” 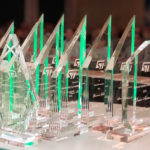 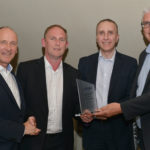