Prior to receiving this certification, ES Components was limited to only distributing the military MIL-PRF-38535 compliant and commercial Analogue Switches/Multiplexers produced by Vishay Siliconix.

Following ES Components’ acquisition of these devices from Vishay and certification by DLA, ES Components is now authorised to build and support new compliant products that will be marked with the “ESC” brand.

This entails using the Vishay Siliconix Analogue Switch and Multiplexer die, wafers, documentation and manufacturing equipment purchased in the acquisition.

These products will be available in Europe from distributor Dimac Red.

ES Components manages assembly and test of these devices through facilities with approved DLA lab suitability such as VPT Components, a division of SST Components (SST) and Microchip Technology (Thailand) (MMT).

“We are very pleased to have reached this significant milestone in becoming 38535 certified with DLA and producing ESC brand of compliant products in continued support of our military customers’ demand for Siliconix Analogue switches and multiplexers. We had already established continued production of 19500 Siliconix JFETs and MOSFETs with DLA, and this certification completes the transition of all the Vishay Siliconix military and commercial hermetic products to ES Components,” said Don Larson, Product Manager at ES Components. 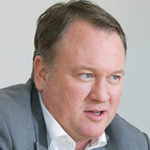 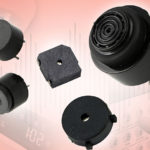