A few months ago, Digi-Key president Dave Doherty (pictured) took Julie, the company’s receptionist out to dinner to celebrate her 40 years with the company. During the meal Julie remarked, “I counted up and found I have had 41 relatives working for the company”

And that exchange in a nutshell explains why Digi-Key will be undertaking its expansion in its home town of Thief River Falls (population – 8,500 at the last census in 2010).

“We looked elsewhere and we were serious about it,” says Doherty. “Discussions took place in Kansas City, Des Moines, Minneapolis and Chicago.”

“Then we sat down and said to ourselves do we really want to move operations out of here?” Doherty recalls. “And with our position in the community, the different culture of being in a big city, we decided no we don’t.”

The distributor approached both the State of Minnesota and Thief River Falls City Council.

“We told both that there are challenges but this is where we want to be,” says Doherty.

Keen to keep Digi-Key, both the State and City have given Digi-Key tax incentives for staying in the region.

In return the distributor says it will create 1,000 new jobs in the next 10 years, which given the relative remoteness of thief River Falls represents one of the challenges.

Doherty is confident the pledge can be met. In the 10 years from 1990 to 2000 the distributor created 1800 new jobs, so he sees no risk in that promise. The jobs will be spread across all departments – marketing, accounts, IT, engineering, pick and pack and customer service.

And there are incentives, Digi-Key offers a healthcare plan – “not that usual in the US and very enticing,” remarks one competitor – and competitive pay rates. To celebrate employees’ birthdays, once a month there is a cake day, with fruit for the health conscious.

So Digi-Key will proceed with a plan which will triple its footprint. It will deliver a new, automated warehouse and more office space for which Doherty is thankful, not for his own space, he hastens to add.

“Folks here have seen their work cubicles reduce from 8 x 8 feet to 5 x 5 feet as the business has grown and we’ve had to squeeze more space. With hindsight maybe we should have started the expansion a few years ago.”

Now Doherty can’t wait to get cracking. Once the, eh, challenging winter climate (average low -12 degrees C) becomes more benign, work can begin. Doherty is hoping for an early spring thaw – “the frost line goes pretty deep here,” – and he is reckoning on a three year timeframe to completion, though hopeful it can be less.

The new facility will be built on Digi-Key’s car park, and the company’s approach to a potential solution typifies its commitment to its home town.

The area is perfect for a new car park, but the buildings are in the way and they are city owned.

One of Digi-Key’s consultants on the project was blunt – “the city should give you the buildings.”

Neither Doherty nor his management team endorsed this strong-arm approach, and entered negotiations which resulted in a fair price being paid for the land.

“Anyway I’m a resident here, if I get that land for free, my local taxes could go up,” smiles Doherty.

The warehouse will deliver more automation, streamlining the product pick process, and accelerating delivery to customers.

The company is also investigating where artificial intelligence solutions can be implemented.

“Looks like we can do some cool things, stay tuned,” remarks Doherty.

For the present Doherty and Digi-Key are riding, and then some, the upturn in the electronics market. Growth greater than 255 worldwide was reported in 2017 with Europe the poster boy contributing a 38% upsurge year on year, a squeak ahead of Asia/Pacific where sales grew 37.5%.

“Innovation, industrialisation in Europe is exploding,” observes Doherty. And with its private ownership structure Digi-Key can move nimbly to take advantage. “We don’t have to worry about trading off shareholder value against customer value,” says Doherty.

Doherty acknowledges it has taken a while to get the Asia/Pacific presence established.

“All support is in the local language, we’ve been supporting the remnibi in China for some years now, and we will continue to invest. The aim is to make it feel local when dealing with Digi-Key,” Doherty explains.

And in 2017 89 new suppliers were added to the global line card covering IoT, connectivity, and industrial automation, a relatively new area for the distributor and a move driven by customer demand. Moving forward there will be plenty of products to fill the new facility. 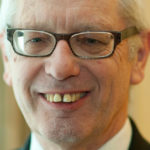