Graham McBeth has retired from his position as President of Premier Farnell and he has been replaced by Chris Breslin, who was previously senior vice president for global products. He was announced as McBeth’s replacement at Avnet’s Investor Day event in New York City.  Breslin will report to Pete Bartolotta, chief transformation officer at Avnet.

McBeth took the helm at Premier Farnell when the business was acquired by Avnet in 2016 and has delivered double-digit growth and profitability under his leadership.

Pete Bartolotta, Chief Transformation Officer for Avnet, said of Graham McBeth’s retirement: “Graham’s ability to lead an organisation and get the very best out of his team shows, as the business results speak for themselves. Graham—thank you for the contributions you have made during your time at Avnet.”

Prior to Premier Farnell, Breslin spent five years as the chief operating officer for Crescent Electric Supply Company, one of the largest electrical wholesalers in North America.  Breslin will assume the new position immediately and McBeth will stay with Premier Farnell until the end of July, allowing time for a thorough handover between the leaders. 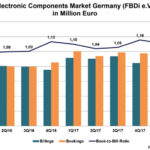 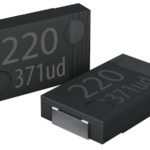