Avnet Silica has received the Distributor of the Year 2017 award from ON Semiconductor for the second time. Each year, the semiconductor manufacturer honours its top distribution partners in each major sales region around the world – with Avnet Silica winning the award for 2017 for the EMEA region again.

Key milestones achieved by Avnet Silica, in partnership with ON Semiconductor throughout 2017, include: sales growth of 17%; increasing design wins boosting the distributor’s ‘Demand Creation’ by over 50%; development of existing franchises leading to exceptional growth in revenues; and a massive increase – up by 48% – in customer registrations, paving the way for strong performance in 2018.

“Once again, we are very proud to be the recipient of this award from one of the world’s leading semiconductor vendors,” said Mario Orlandi, President at Avnet Silica. “Avnet Silica helped make a significant contribution to ON Semi’s sales via distribution, helping them to outpace the market in the EMEA region and worldwide.”

“The support of our distribution partners, like Avnet Silica in EMEA, is fundamental to the success of ON Semiconductor’s ongoing plans to increase market penetration and grow revenue at a faster pace than the industry. Avnet Silica has continued to demonstrate the collaborative relationships and progressive sales programs that we foster within ON Semiconductor, which is why we have awarded them our Distributor of the Year award for a second year running. We are pleased to recognise them as an outstanding channel partner and look forward to continued success in the coming year,” said Jeff Thomson, Vice President of Global Channel Sales for ON Semiconductor.

Winning team: The ON Semiconductor and Avnet Silica teams look suitably pleased with themselves as their partnership delivers another year of success 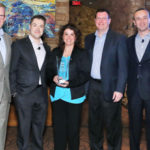 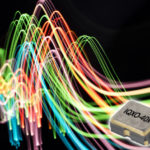