In a call to analysts on seekingalpha.com, Amelio (pictured) also indicated pressures on pricing and margin that were greater than anticipated.

“This was due to multiple factors,” he explained. “These include the shortening of the lead times and reduced average selling prices or ASPs. This occurred at Farnell, which happens when supply rebounds and demand moves back to broadline distributors. The pricing pressure is felt broadly across the catalogue space and is expected in a down market. Based on our suppliers and our outside analysts checks, Farnell’s decline was equal to or less than the market.”

He added that he can see a clear path to Farnell resuming its 15% margins in the longer term.

“In the EMEA region, Europe in particular we saw market factors take their toll and our EMEA book-to-bill remains below parity,” said Amelio. “For the year, EMEA’s IP&E segment saw fashioned growth in semiconductors and finished ahead of target. We believe IP&E remains an underpenetrated high margin opportunity and we’re looking to grow but even at a more accelerated space than last year, recognising that ASP pricing pressures is still a factor.”

He pointed out that the EMEA team has been recognised for delivering strong growth for suppliers in Q4 and received more than 20 awards as a result. 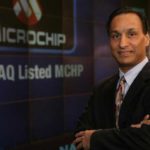 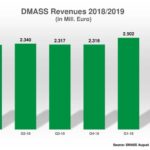