Texas Instruments (TI) has reported a second quarter year on year revenue decline of 12% to $3.24 billion citing the impact of COVID-19 on car production.

Other markets served by TI have remained resilient during the COVID-19 endemic.

“There are subtle key points to summarise what we are seeing in the market,” he explained. “First, overall the weakness was primarily from the automotive market. Automotive was down about 40% sequentially and down over 40% compared to a year ago. To help appreciate this impact, excluding automotive, TI was up 8% sequentially and down 3% versus a year ago. The automotive market appears to have bottomed in May as North American and European assembly plants resumed operations.”

Pahl continued, “Next, the industrial market was up about 2% sequentially and also up 2% from a year ago. There are end-markets that are weak and others that are understandably strong, like medical. We do believe that some customers are trying to maintain strong inventory positions to limit exposure to any supply chain disruptions.”

“Personal electronics was up over 20% sequentially and up about 10% compared to a year ago. This can best be explained by work from home trends and TI being in a position to support unforecasted demand in the quarter.”

Pahl added that communications equipment was up 20% sequentially, but down 15% compared to a year ago.

“Within this market, it’s important to know that analogue achieved sequential and year-over-year growth, while embedded was down in both comparisons following our planned decline in this portion of the business. Enterprise systems was up sequentially and year-over-year. This strength, similar to personal electronics, is best explained by work from home trend and TI being positioned to support unforecasted demand.”

Pahl sounded a cautionary note. “While the second quarter did not experience the depth of the decline we saw in the 2008 financial crisis, nonetheless we remain cautious on how the economy might behave over the next few years.”

“TI will maintain investments in R&D and in new capabilities like those for ti.com, since they are five to 10 year time horizon decisions and critical to building TI stronger. And finally, we will invest to ensure long term manufacturing capacity, particularly for the 2022 to 2025 time frame.” 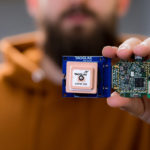 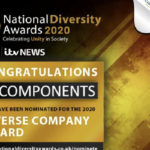