The culprit in this disappointing, though not entirely unexpected outcome, is the semiconductor sector where sales have fallen 7.4% to 155.9m Year on Year (YoY) in Q1 2019. Passive sales grew 13% YoY and e-mech grew a more modest 3.9%.

The result confirm the view that OEMs are burning off inventory, especially the higher value semiconductor products, while continuing to purchase lower value components like capacitors and resistors.

One obvious issue is Brexit,” said Fletcher. “The market grew on companies buying components in anticipation of Brexit happening in the first quarter of this year.”

“Now the industry has no idea when Brexit will happen or what it will look like and that is feeding the uncertainty,” Fletcher continued.

The good news is that once Brexit is done and dusted one way or the other, Fletcher is optimistic.

“It will be completed by the end of the third quarter and whatever the outcome, hard or soft Brexit, the industry will thrive post-Brexit,” thinks Fletcher.

Of the major industrial countries Italy’s component market grew fastest at 7.1% and the Nordic countries were up 6.4%. Germany’s 3.8% rise is seen as disappointing. 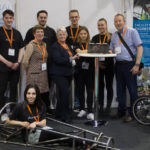 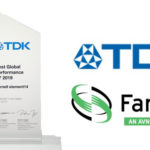