The UK & Ireland electronic component market is forecast to grow in the range 6.5%-to-10.5% in 2018, achieving a mid-point of 8.5%, according to figures released by UK distribution association afdec.

According to ecsn market analyst Aubrey Dunford, the UK and Ireland distribution market will grow 17% in 2017, and the distributors’ share of the overall Total Available Market (TAM) in the UK will have risen to 40%.

The figures are compiled from individual returns from the association’s member companies and encourage the consensus opinion that the recovery in the manufacturing sector of the economy will remain strong and is likely to outperform the macroeconomic environment.

Says Dunford, “Every quarter of this year saw sales exceed the upper point of afdec guidance. 2017 is likely to end showing annual growth of around 17% in the UK Distribution Market, which compares very favourably with the upper prediction of 4.3% we made at this time last year”.

The ‘Book to Bill’ ratio remained above unity throughout 2017 although in recent months it has softened a little, indicating that the rate of growth will slow as we enter 2018, but the association is forecasting a further five quarters of growth at least.

“We are seeing a period of sustained ‘quarter-on-same-quarter-the-previous-year’ growth” observed Dunford, “something we haven’t seen since the 1990s, and the growth we’ve experienced over the last six quarters is the longest period of sustained growth since 2000”.

The growth period started in early 2016 but really accelerated in the last quarter, which ecsn (Electronic Components Supply Network) initally put down to the change in market prices due to its measurement of the market in UK pounds.

“It is now clear that this is only one of a number of factors behind the upswing, among which the upturn in the global electronics markets predominates,” Dunford continued. “The seed change in electronics markets has enabled more competitive pricing of manufactured goods in export markets and UK companies have been able to fully partcipate in that change.”

As electronic systems continue to expand into ever more areas of daily life global investment into these areas has rapidly increased: “UK companies find themselves in an ideal position to capitalise on the opportunities presented, most of which are within the market sector served by authorised distributors,” Dunford continued. “Global growth is casuing lengthening of lead times on some product lines but manufacturers are expanding production, although perhaps with more caution than we have seen in the past. It is clear that customers who work in close co-operation with authorised distributors are able to meet their production requirements even although overall availability is more restricted”

ecsn/afdec believes that the outlook for 2018 is positive with growth continuing, especially during the first half of the year. That said the association does expect that the growth will slow during the second half: “Our members remain confident that there are opportunities for further growth in 2018, despite numerous factors that simply cannot be predicted with any certainly, not least the Brexit, ” Dunford said. “The global electronics market is set to expand and we hope that the outcome of our Government’s negotiations with the EU will allow UK companies to particpate fully in that growth”

“The vast infrastructure build out including the deployment of 5G mobile networks that will be required to support autonomous vehicles, connected cities and their populations is a huge opportunity. The move from internal combustion engines towards all-electric vehicles is another huge shift that will significantly reshape the electronic components market.”

Fletcher does not however expect these exciting developments to become pervasive quite as quickly as is currently being forecast.

“It’s easy to underestimate the sheer complexity of the new technologies and the cultural animosity to such profound change,” said Fletcher “not to mention the inevitable delay while international regulatory and legislative frameworks play catch up. However, the process is already well underway, and I believe that in revenue terms “things” i.e. hardware products are going to grow faster than the “internet” deployment.”

According to Solid State Supplies Managing Director, John MacMichael the positive book to bill ratios in the industry and in the business give cause for optimism whilst the continuing move by some manufacturers away from the multiple global distributor model to a model that relies on a single global distributor with local highly focused  technical distribution is creating new and exciting opportunities: “For some distributors such as Solid State this recognition of the value of focused technical support is giving rise to accelerated growth over and above that of the market,” MacMichael said. “Fortune favours the brave and those manufacturers that are brave enough to alter their distribution model are certainly seeing the benefit and contributing to Solid State’s expected growth.”

Mouser Electronics grew it’s business in Europe by 40% in 2017. The company’s Director-EMEA, Customer Service Graham Munson summed it up as an “extraordinary year” in the distribution channel, where forecasts set in 2016 proved to have no correlation to the market. He puts these buoyant times down to several factors  – longer lead-times; allocation on some materials; and much higher demand than expected within EMS community.

He is expecting a strong following wind in 1H and believes the main restriction to growth in 2018 will be availability of inventory whist the market stays in its current mode.

“The growth factor at Mouser has been exciting during 2017. Our continued decision to invest in inventory has enabled us to meet the demands for stock, and we’ve made further investment in driving more traffic to our website,” Munson said. “Our suppliers and distribution peers support our confidence about similar opportunities next year, especially in the first half and we will be disappointed if we grow less than 20% in 2018.”

Ismosys Managing Director Nigel Watts is also optomsitic. He predicts a strong market next year with plenty of opportunities for continued growth.

“Design starts are plentiful in high growth markets and demand continues to be strong”, Watts said. He does however feel that potential supply issues with some passive and memory components could stagnate the supply chain, and offshore volume production might skew the UK and Ireland TAM.

Harting UK enjoyed strong growth in 2017 due to a combination of a healthy order book, Project business and new product introductions. The company maintains a strong focus on the future and see Industry 4.0 and the need for greater industrial productivity as drivers for growth in its business.

“We enter 2018 with cautious optimism but are cognisant that there are Brexit / political uncertainties,” commented Managing Director Peter Hannon. “Business has to be agile to cope with these uncertainties.” 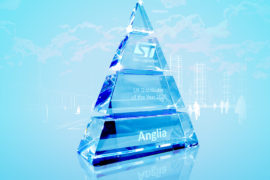 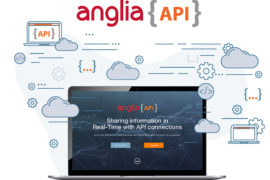